The recent history of Peugeot

14-сен, 11;22 admin 11 039
The continuation of the history of the automaker Peugeot starts after the end of the Second World War. During this period, many automotive industries caught a new wave of industrialization and took on their modern shape. Immediately after the war, in 1946, Peugeot presented the 202 model with a circulation of 14 thousand cars.

In the 1950s, Peugeot completely bought out Chenard-Walker, and the Peugeot 403 rolled off the assembly line. The 1.5-liter petrol engine installed in the car was a huge success. By the end of 1962, more than a million cars had been sold with various modifications.

Later, Peugeot actively collaborated with Italian manufacturers and ateliers. This period was marked by the appearance of the 504 Coupe and Pininfarina models. Since 1966, cooperation with Renault has been strengthened, and since 1972 with Volvo.

In 74th year, Peugeot buys out 30% of Citroen shares, and by 1975 it becomes its full owner, due to the shaky financial condition of the latter. A little later, the parent company will be formed - the PSA group, which will include all Peugeot assets, including the main production. 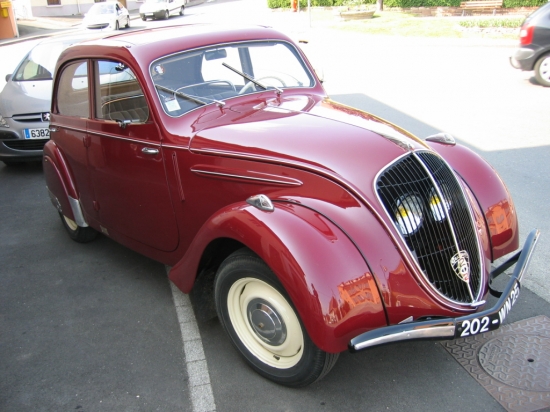 The concern gained wide popularity in the 80s and 90s with the release of many popular models. However, in the early and mid-2000s, the company experienced some decline in consumer interest. Fortunately, with the arrival of a new leader, the course straightened, and Peugeot regained the status of a confident production worker.http://fiatforum.lv/http://fiatforum.lv/
Like the article? Like it or tell your friends!