14-сен, 09;25 admin 1927
The upcoming merger of the FCA and PSA concerns implies a significant reduction in production costs and an increase in the efficiency of cooperation. As with many other production alliances, this cooperative will widely practice the exchange of technologies and platforms. In total, the association will include more than 400 thousand employees around the globe.

According to market research, the new alliance will occupy the fourth line in the list of the largest automotive cooperatives in recent years. With the arrival of the alliance, its member companies will be able to count on significant cost savings. Cost reduction, according to preliminary estimates, will amount to about 3.7 billion euros.

The planned updates and new announced models of both companies will not be affected by the merger. But new models, apparently, will be developed by the joint efforts of the engineers of both concerns. 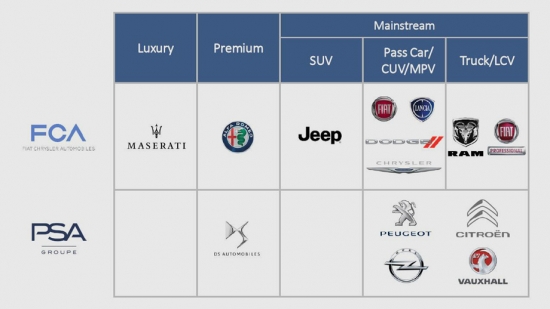 The name of the association has also become known - Stellantis, from the Latin "stello", which means "shine". Further, according to the plan, the development of a logo and the transition of all corporate documents to a new name. In general, this is already a matter of technology, since the main and most difficult stage of negotiations and initiation of the process has been successfully completed.http://fiatforum.lv/http://fiatforum.lv/
Like the article? Like it or tell your friends!